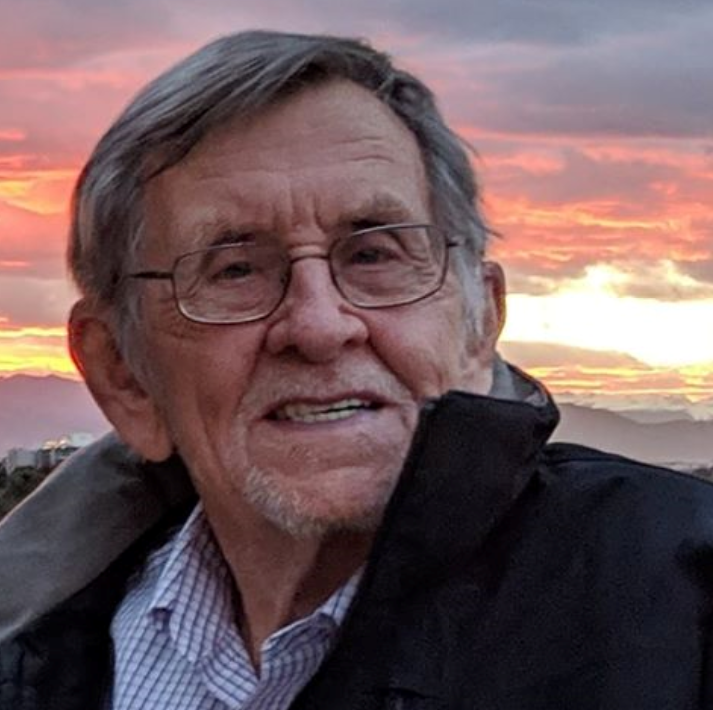 Ronald G Osterbuhr was born during the latter part of the Great Depression in Holdrege, Nebraska on July 2, 1937. His parents were living in nearby Hastings. However, the town lacked a hospital, so they delivered him in nearby Hastings. They operated a family owned chicken ranch and dairy. While growing up in Hastings, Ron developed a love for fishing. A retired neighbor often took Ron to fish with him. Ron would ride his bike to a pond in the middle of the town to fish. He liked to catch crawdads and use them as bait to catch fish. He also liked to sell them to other fisherman; a skill that would later come in handy at Jake’s popcorn stand. He learned to clean the fish he caught and took them home for his mother, Lee, to cook. His love of fishing would eventually take him to the Outer Banks of North Carolina where he waited patiently on the pier for those yummy Bluefish.

As anyone part of the Baby Boom generation has heard, growing up in the 30-40’s wasn’t exactly easy, especially life on a farm. The Osterbuhr’s didn’t have running water or electricity for a while, however they did have an outhouse for a bathroom. Ron was fond of pointing out that he preferred Montgomery Ward’s catalogs to Sear’s as the pages weren’t as slick. Standard post-depression hard work and farm-life were the order-of-the day including plenty of morning chores, milking cows, collecting eggs, and walking 10 miles to school. Who could forget the stories of Ron and his buddies collecting discarded pop bottles from the side of the road then selling them for $0.01 each. The goal being to cash in enough of them get them into a Saturday matinee. And then there was the asparagus hustle. Ron took a neighbor’s crop, wrapped it in a bundle, and sold to all the neighbors. The “neighbor” was Mrs. Rupp and Ron was able to keep a $0.10 commission for each bundle. Finally, the infamous Jake and the popcorn machine legacy. Jake was a sole proprietor who pimped hot dogs, popcorn, and sodas to all the fans at the local baseball games. Jake made the popcorn in a semi-automatic machine and as Ron put it “salted the heck out of it”. Ron would then deliver all the popcorn and return for more. Jake’s reply, “go hit ‘em with the cokes”. Years later, as Clarence became an avid antique collector, he purchased the popcorn machine that Ron served baseball fans popcorn from. It’s made a lot of popcorn in Garden City Kansas since.

An early passion of Ron’s was flying. He was 16 years old when he obtained his pilot license and at the time was the youngest person in Kansas to be a pilot. Ron’s solo flight was to Hildreth Nebraska where friends and family watched as he dipped the wings right and left as he flew over the small town. Ron often flew with Harold Krier in a clipped wing cub that Harold owned. He had some great stories related to those adventures. Harold was a nationally recognized aerobatic pilot.

‘Ron worked in the family business while attending Garden City Senior High School. By that time his Father Clarence was running his own Anhydrous Ammonia and fertilizer business. The family had moved to Garden City, Kansas in 1950 after the Government purchased all their land in Hastings for a housing project for workers at the Ammunition Supply Depot. Clarence began working for a local LPG and fertilizer sales and distribution business that O.A. (Amos) Schuster, Clarence’s cousin owned and operated. In 1955 Clarence purchased the plant from Amos. Undoubtedly, this is where Ron got his first taste of being an entrepreneur.

With these humble beginnings, Ron developed a strong work ethic and keen appreciation for all the change he would experience during his lifetime. How many of us remember him saying, “I’m glad I went through when I did”? No doubt a tribute to all he’d seen and done in his 82 years.

‘Ron and his father both loved automobiles. The two would later collect and restore many antique cars together. In similar fashion, the surviving family is trying to restore many of the stories around all the cars in Ron’s life. Stay tuned for updates’

Ron left home and moved(headed) to Lubbock Texas in the fall of 1955. He graduated from Texas Tech University with a Bachelor of Science degree in Geology, June 1960. He also met his wife, Marie Bryant while an undergraduate at Texas Tech during his last year in college. Marie was in Lubbock attending a hairdressing school. Ron and Marie met at a local eating hangout called The Night Owl Restaurant. When they met, Ron bet Marie that she couldn’t remember his last name. Somebody must have remembered something because both made plans to marry that fall of 1959. In a double wedding, the two married along with Marie’s sister Loretta and fiancee Lynn McClure, at Marie’s hometown of Roanoke, Virginia. Janet Marie Bryant became Marie Bryant Osterbuhr and has proudly remembered his last name for the past 60 years.

The two moved to Roanoke so that Ron could pursue a master’s degree in Geochemistry at Virginia Polytechnic Institute. The two lived together at Marie’s parents’ home on weekends while Ron would stay in Blacksburg during the week. Around that period, silicon crystals were being grown in the geochemistry lab at VPI. Ron often mentioned that he almost decided to pursue that as a passion should he have graduated with the masters in Geochemistry. Ron was drafted (A1A) during the Vietnam War and was granted a deferment for continuing to pursue his college degree. Shortly after that, newlyweds welcomed their 1st son Karl. It was time to quit playing around and start supporting a family. On Marie’s mothers’ birthday, the 29th of March 1961, Ron, Marie, and baby Karl headed for Garden City Kansas to go to work for Ron’s parents in the LPG and fertilizer business. ‘’’

Ron and Marie lived in the Virginia Courts apartments off Spruce Street before buying a house on 4th Street across from St Catherine hospital. They later purchased a home on Hudson street across from Alta Brown Elementary school.

A couple of years after Marie and Ron moved to Garden City Kansas, Ron had the opportunity to pursue his love of geology and started working for Core Lab as a consulting wellsite geologist. Work would have Ron traveling to Oklahoma and West Texas while the rest of the family stayed in Garden. The family had grown to 4 with the birth of Marie and Ron’s second son Kurt. During that period, Ron also worked with local geologist and mentor R.W. Lange.

The LPG (propane), anhydrous ammonia, and dry fertilizer business that Ron’s father purchased was named Anamo Company, Inc. Anamo had grown to 12 facilities in Kansas, Oklahoma, and the Texas panhandle by the mid-sixties. Along the way, the Osterbuhr’s innovated by designing custom fertilizer blends according to the needs of the land. They also thrived among eager competitors. Anamo provided LPG conversions for vehicles as well. Oil and gas work was getting harder to find and crude oil was selling for around $3/bbl in the 60’s and early 70’s. With Anamo Company thriving and the oil and gas business struggling, it was clear that Ron would shift his focus back to the family business. Around that time, another shift was looming.

Early on, Ron realized even more innovation was needed to improve center pivot irrigation. Fiberglass tanks. This evolved into another entrepreneurial endeavor called Claron, Inc. Claron was the first manufacturer to provide fiberglass tanks to the center pivot irrigation industry. ‘Ron hired a master boat builder from Oklahoma to apply the craft. Claron was an innovator in manufacturing agricultural tanks, oilfield tanks, and various other fiberglass products, and Ron was the driving force.

Somehow during this chaotic time of his life, he found time to pursue one of his other passions’racing. He was 31 years old. Ron was one of the original 9 founders of the local dirt racing track. The track hosted cars and motorcycles and was later expanded to include a motorcycle scramble track. He raced cars himself for a while but handed over the reins early-on to his son Kurt. He would open his shop and resources to many local racers and helped mechanic on countless cars and motorcycles. Ron was a selfless promoter of racing with a passion for the sport that lasted over 50 years.

In the early 70’s Maxima was sold to Helena Chemical and Ron agreed to stay on another 5 years to manage the company. Ron was around 34 years old. Clarence and Lee continued supplying propane to the community with Anamo Company and started collecting antiques. Finally, Ron left Maxima and was free to purse his love of rocks in the subsurface. Good timing as crude oil prices rose from $3/bbl in the early 70’s to around $35/bbl in the early-80’s. Ron spent the next 27 years consulting for small and large companies, managing drilling and completions operations, mapping and exploring for oil in southwest Kansas and southern Nebraska. One of his specialties was drilling and completing shallow gas wells in the mighty Hugoton Gas Field where he was a pioneer in designing and executing slick-water fracs. He was highly sought out by many of the smaller operators for his expertise in shallow gas well completions. The family grew to 5 in 1974 with the addition of their 3rd son Kas.

In the early 80#39s, Ron envisioned a way for small independents to run regional surveys to locate hydrocarbons with direct detection via gammy ray scintillation and magnetometry. This vision manifested itself in the purchase of a Bell 47 helicopter equipped with the geophysical/geochemical surveying tools needed. His son Kurt was recruited to learn how to fly the helicopter. Ron’s helicopter was sometimes called on other missions in the community, especially the local sheriff’s office.

Ron took over operations of the family’s propane service in 1990 when Ron’s father died. Eventually he sold Anamo in 2001 to focus exclusively on oil and gas consulting. From 2004 to 2015 he continued to consult for public and private companies in many oil and gas fields across the United States. He often referred to these years as the time when he had “the most fun as he got to see oil and gas operations on a much larger scale and was learning things he hadn’t had the opportunity to learn in the shallow oil and gas fields in southwestern Kanas.

Other pursuits. Ron enjoyed model aircraft building, leather working, hunting and fishing, fixing things, and defining a list of things he enjoyed is hard to do because he enjoyed so many different things. Ron had an insatiably curious mind and was a scientist through and through.

I did it my way

If any of us remember one thing about how Ron/Dad wanted to be eulogized we remember this “When I go I want you all to throw a party with a keg of Guinness and play Frank Sinatra’s I Did it My Way”. Stay tuned on the date/time/place of the Life Celebration party.

Note from the authors

Creating a person’s life story in a few days has proven incredibly challenging. Along the journey, we realized this website may transform into an archive of the family’s life. Please feel free to add comments, leave stories/photos, and check back to see additional updates.

If you have anything you would like to share with us, stories or photos, please send them to “ron” at this domain (osterbuhr.org). If you want us to share it on this webpage, just tell us. 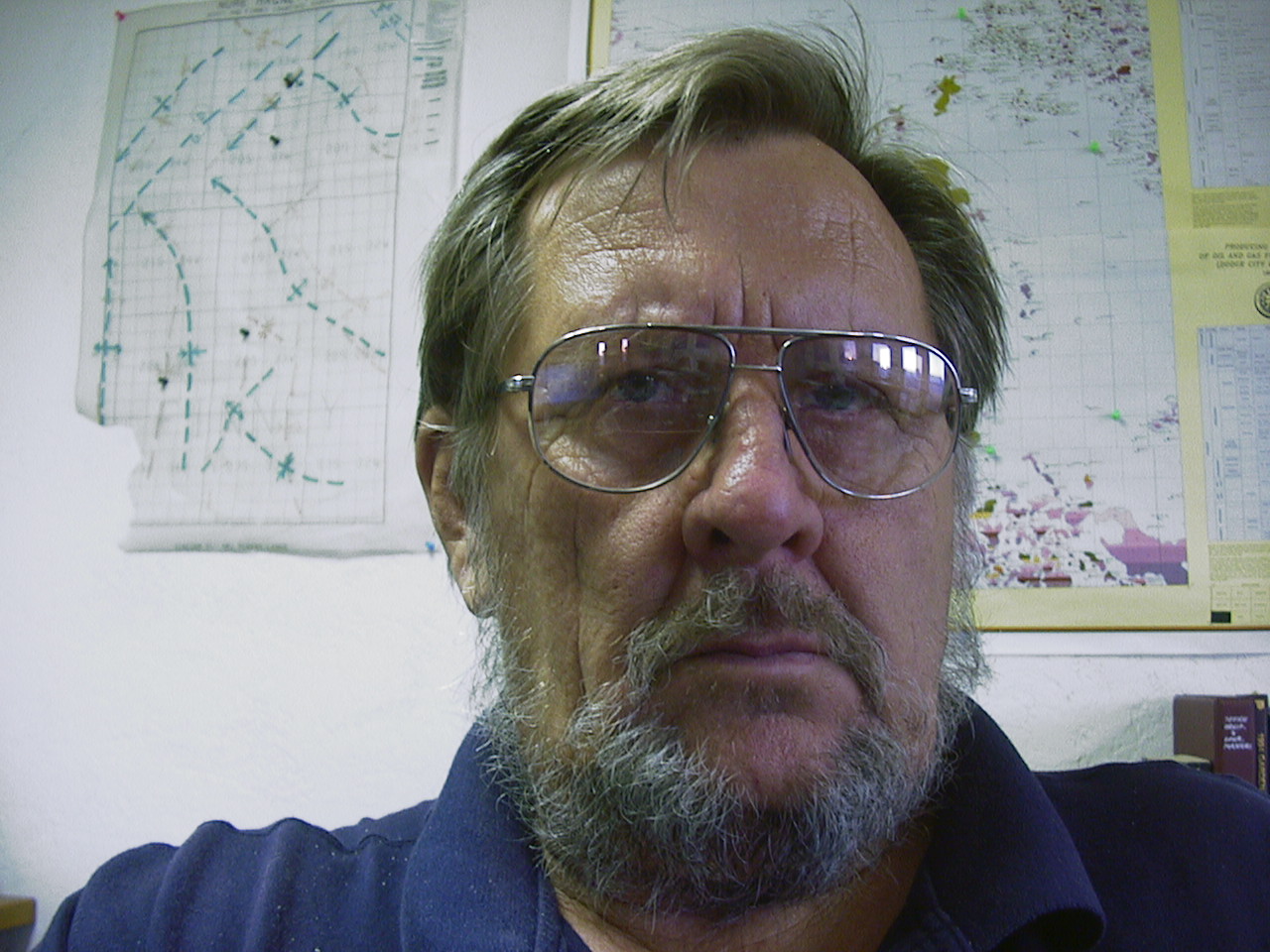 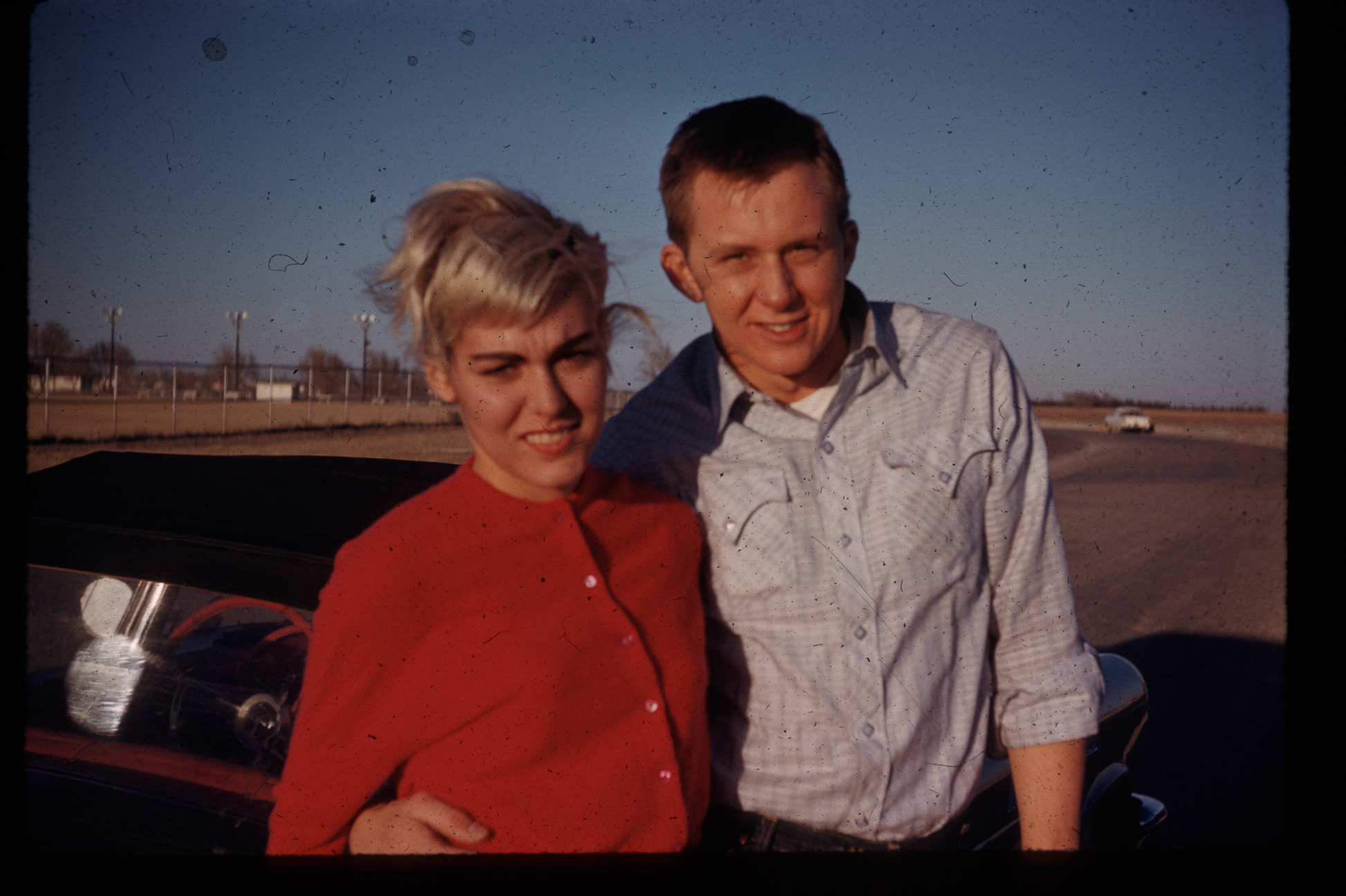 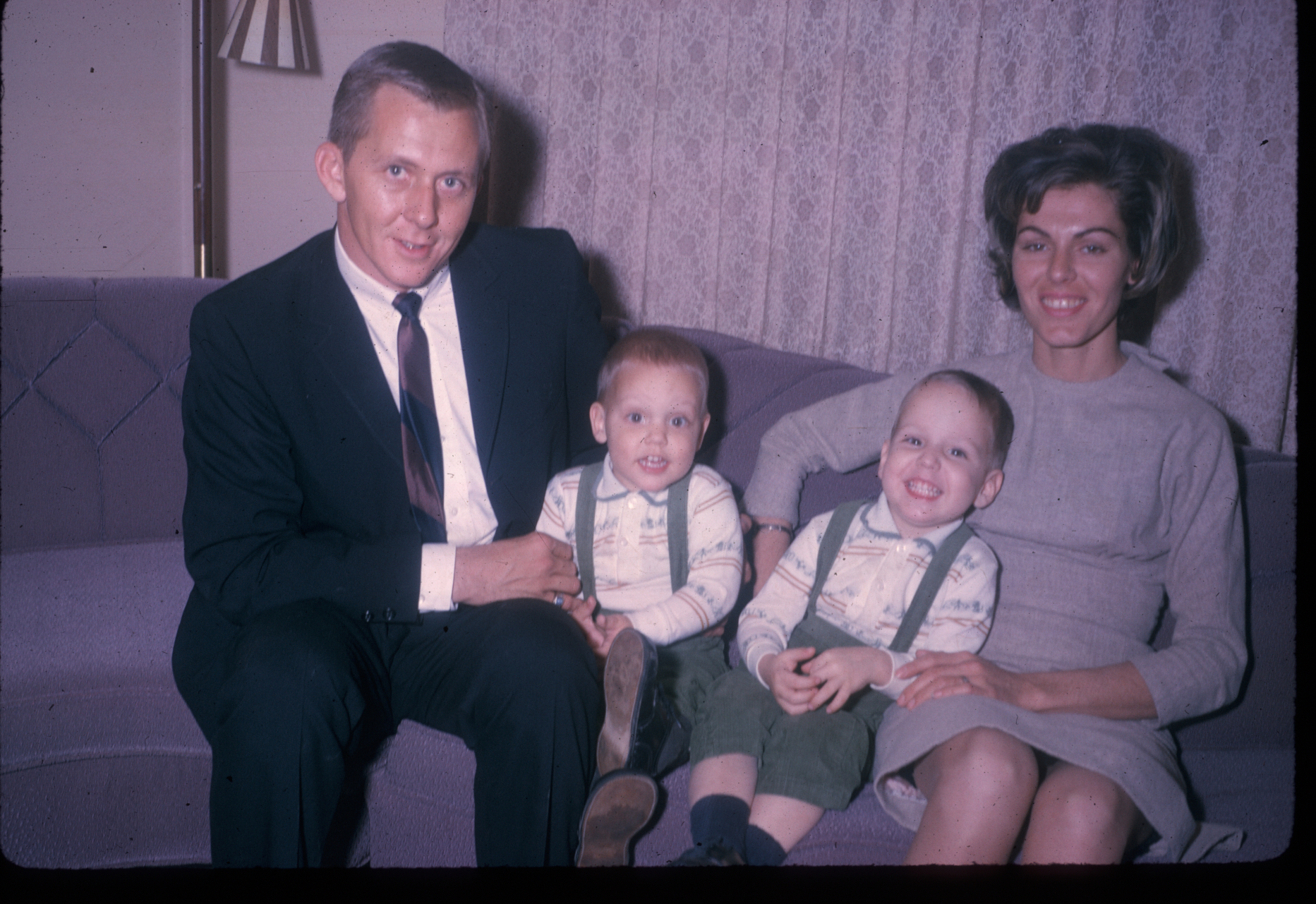 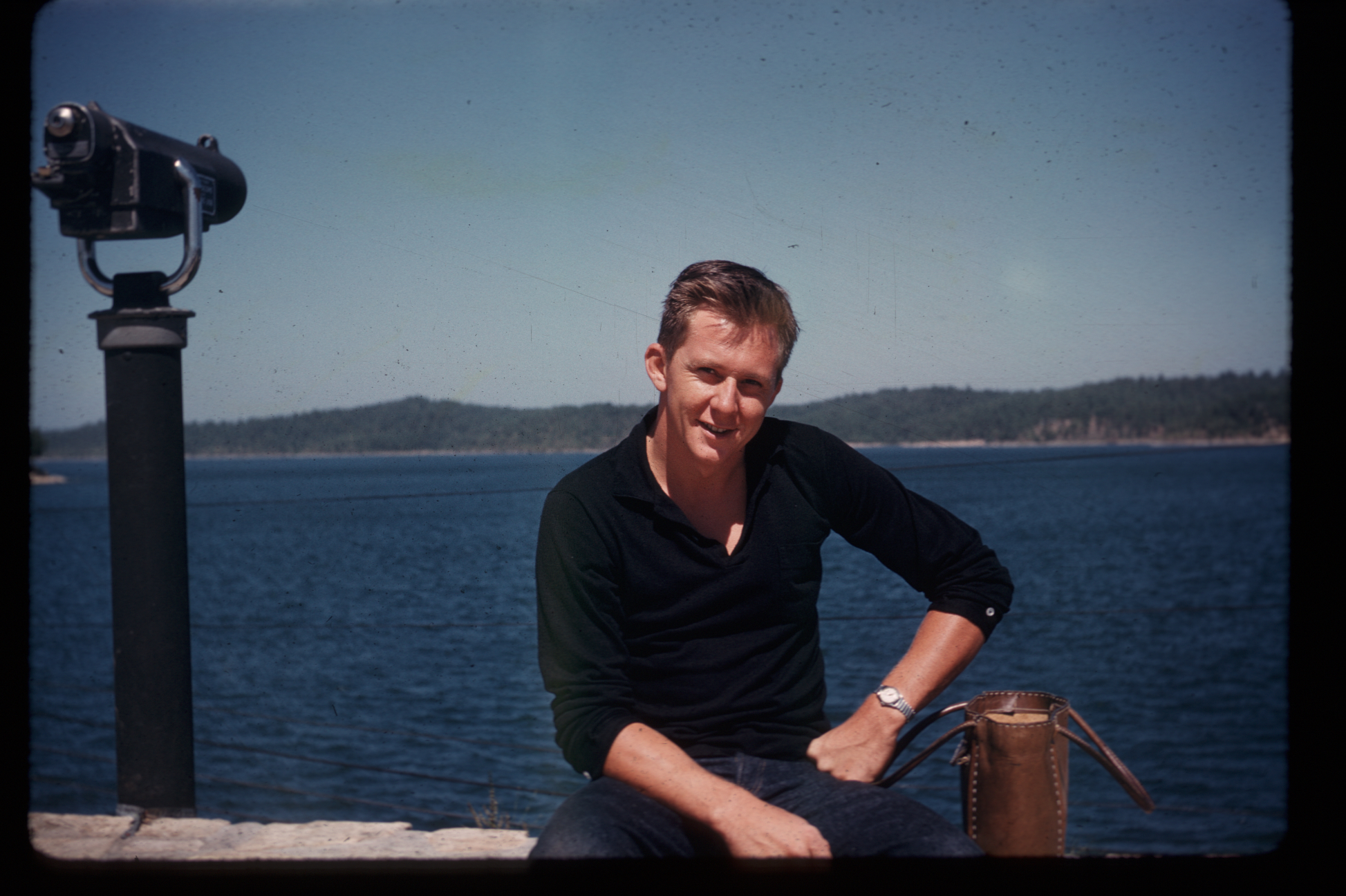 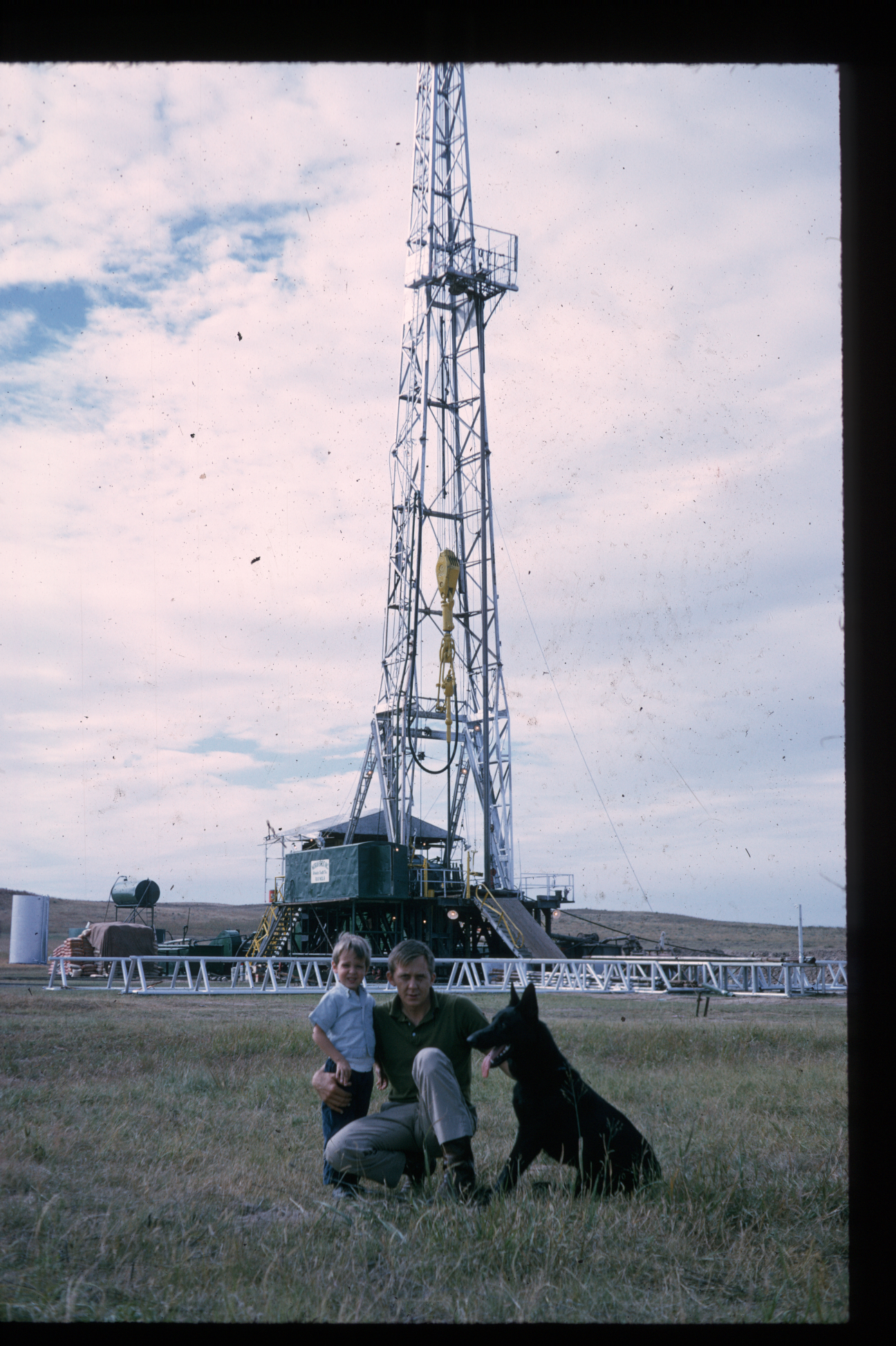 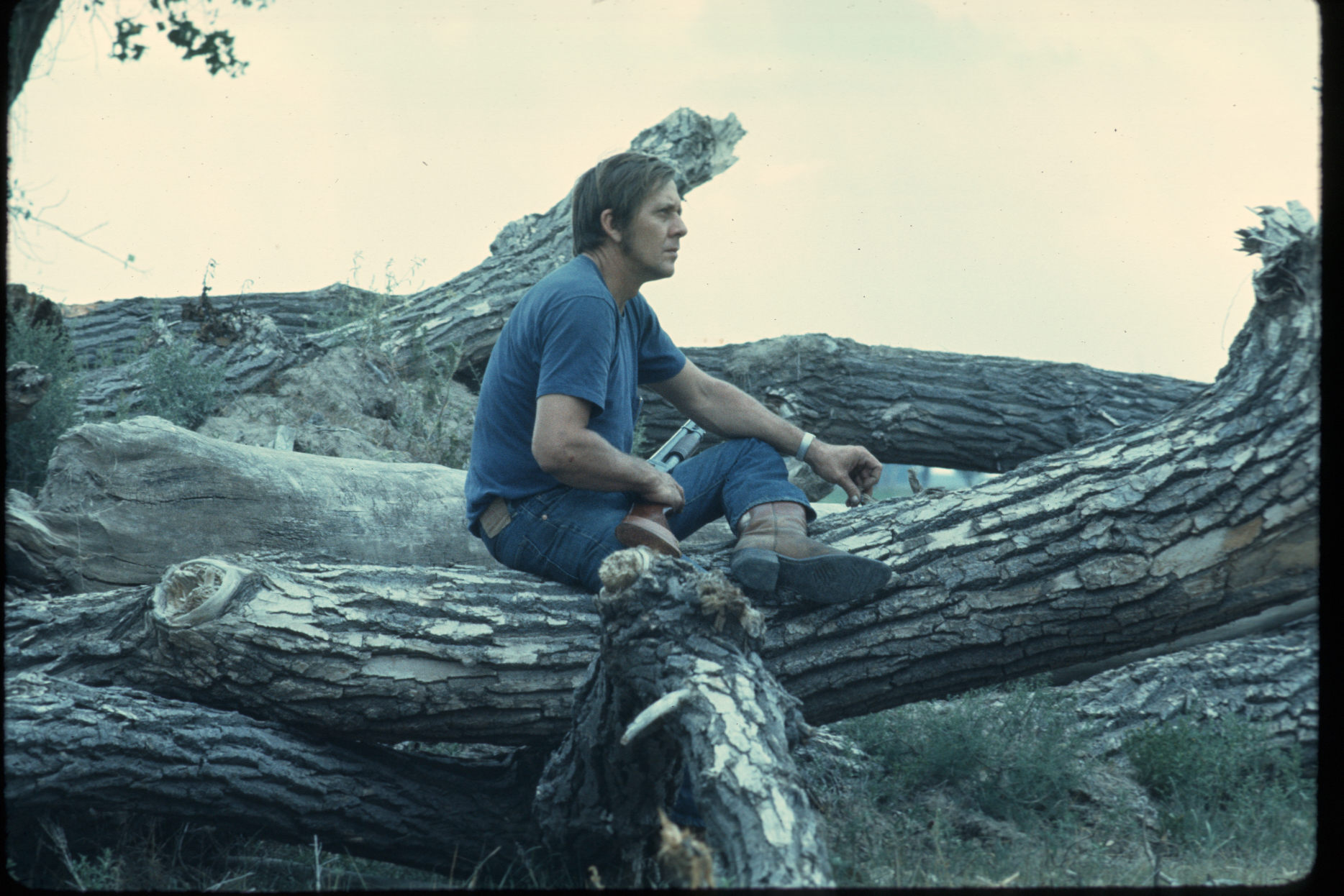 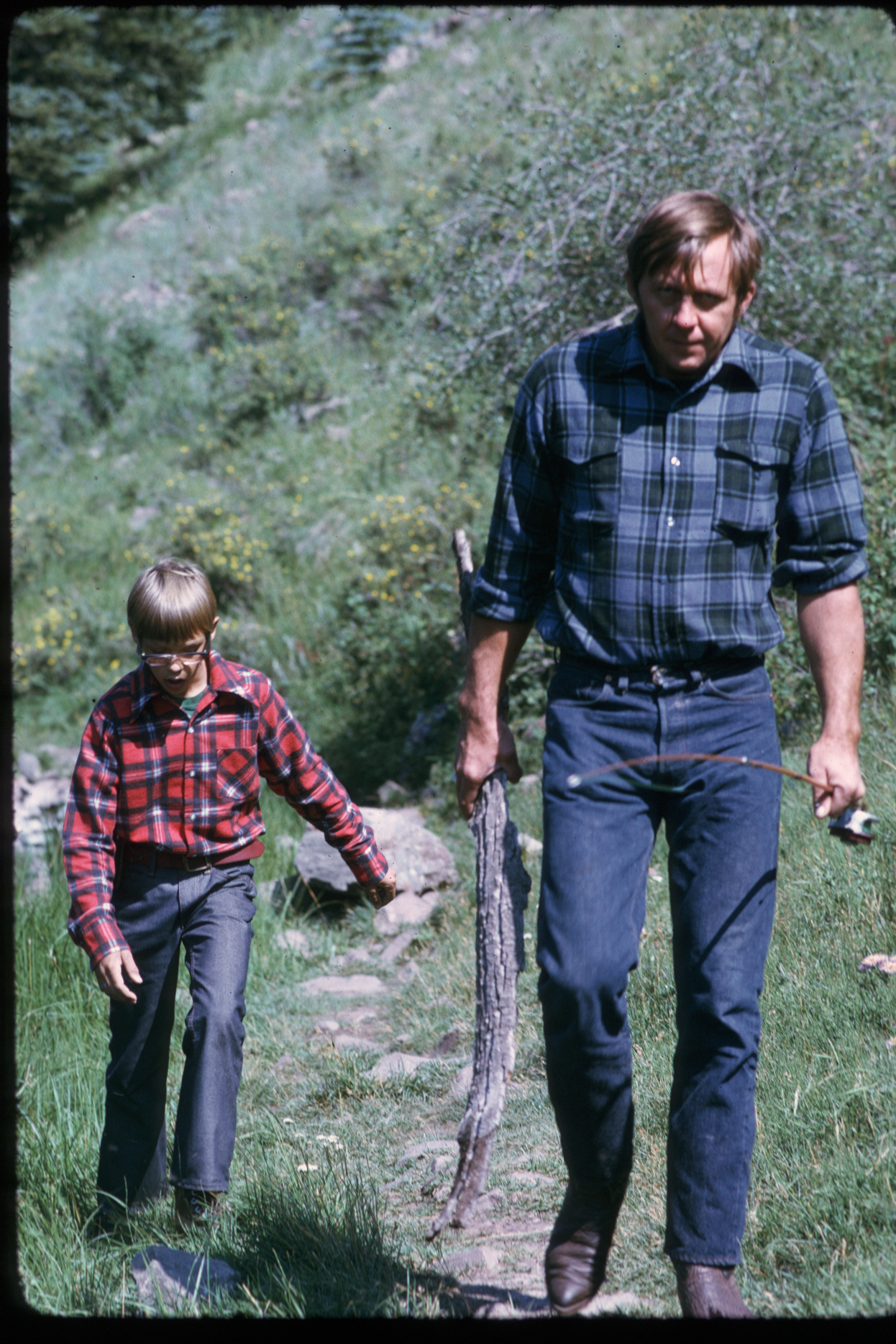